I was first introduced to chiropractic care at age 19. I was getting headaches and using Tylenol on a regular basis—and why not? That’s what everyone does, right? Well, I soon learned that a misalignment of vertebrae called a subluxation is a predominant cause for headaches. Chiropractic care corrected the subluxation and regular headaches were a thing of the past. Soon thereafter I changed my college major to a Pre-Chiropractic curriculum and in July 1980 began at Palmer College of Chiropractic in Davenport, Iowa.

I graduated in June of 1983, practiced for 2 years in West Virginia, and in June of 1985 relocated to South Central Pennsylvania. I have owned and practiced in 3 practices in this region of Pennsylvania. I have always focused on family practice, infant to seniors. My mission has always been to help patients understand more about the spine and the relationship it has to the overall health of the body. If patients understand their role in their care then they have a better chance of taking control of their health, instead of allowing disease to control their health. 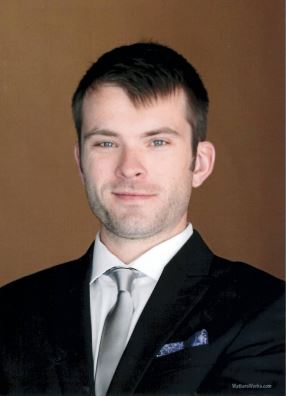 At a young age I developed a strong respect and appreciation for chiropractic. When going around town with my dad, I routinely met patients who would share how chiropractic had helped them. From the time I was old enough to think ahead to a career, I focused on the path leading to being a chiropractor.

After graduating from Chambersburg High School in 2005, I began my college career at Shippensburg University and earned a degree in biology. I then visited several chiropractic schools and chose to further my education at Palmer College of Chiropractic in Florida, which offered a unique curriculum and focused on teaching methods that I found exciting. At Palmer I developed my skills and philosophy of chiropractic even further. Besides becoming familiar with the “Palmer Package” method of treatment, I studied Activator Methods and Graston technique and became certified in both. While working in the college’s clinic during my final year of chiropractic school, I frequently found myself learning not only from my mentor on campus, but also from my father, who used his experience to help me grow. I interned at Chambersburg Chiropractic as my internship location, having planned all along to move back to Chambersburg to practice.

It has been incredibly rewarding so far to be able to practice in the town I grew up in, and I am thoroughly excited to continue treating the southern Pennsylvania counties of Franklin, Fulton, Adams, and Cumberland.

Learn about our services